A forest of masts, yards and shrouds; the impeccable white of the hulls reflected in the calm, intensely blue water table; the sun; conversations in various languages of the world every now and then; and crowds of visitors attracted by the dreamlike beauty of the tall ships – this is what Gdynia looks like during gatherings of the largest tall ships in the world. The city hosted The Tall Ships’ Races four times already, which means that Gdynia is one of the cities most often entrusted with the organisation of the event that is more than 50 years old.

Gdynia can rightfully be referred to as the sailing capital of Poland. Every year a number of events of national, European, World or Olympic scale are held here. This is due to the excellent conditions in terms of both, the wind and the infrastructure. Local residents and tourists can watch the races while walking along the beach or the promenade (Bulwar Nadmorski) – nearly two kilometres long. They can take part in the numerous accompanying events, like concerts or meetings. The contestants have an opportunity to relax after the competition, while the spectators can meet the chief players of the races. There are also contests for young, novice sailors, on Optimist class boats. The passion with which they struggle with nature and the competitors in their little, blue-sailed boats is a pure demonstration of vitality and a lesson of coping with adversities for the spectators.

The base for all sailing events is the marina in Gdynia – the largest and most up-to-date in Poland. One of its strengths is the location in the city centre. It is one of the beauty spots of Gdynia, busy with sailors from early spring to late autumn. Luxury yachts are moored here side by side with small, modest boats. Around the marina there are yachting clubs, where secrets of yachting are taught to kids only a few years of age. For those who fell in love with sailing a bit later, the clubs have a broad offer of courses and charter races. It is never too late to begin.

A gem in the port of Gdynia is the "Dar Pomorza" – one of the most beautiful (for some THE most beautiful) tall ships in the world – a school of life for generations of seamen. Now a museum, she celebrated her centenary in 2009. The "Dar Młodzieży," The "Pogoria" and The "Iskra" are large tall ships bearing the name of Gdynia on the stern, which have been used to train the students of Gdynia's renowned maritime colleges. So is the legendary "Zawisza Czarny" – the flagship of the Polish Scouting Union. On the rare occasions, when they are all moored in the Basen Prezydenta (the Presidential Basin), the view is truly breathtaking.

Gdynia is one of the few cities where the port is located near the city centre. The link between the two can best be seen in the stately Skwer Kościuszki and the Molo Południowe (the Southern Pier). This is where the heartbeat of the city is best heard. The seashore cafes, pubs and taverns are always humming with people, even when storm is raging outside.

Gdynia is also a beautiful, modern and very green city with a population of a quarter million. A city of open-minded, friendly and dynamic people who are proud of where they live. The winds are fair here, not only for the sailors, but for the inhabitants and entrepreneurs as well. The winds inspire to take even the greatest challenges, like a lot of investments in infrastructure, transportation or culture.

The inseparable bond between Gdynia and the sea is emphasised even by the city’s architecture dominated by the pre-war style called the Modernism of Gdynia. The ship-like buildings with characteristic quarter-decks, porthole windows, masts, or curves can be found on virtually every corner.

People may look on the sea as attractive or frightening, nevertheless invariably fascinating. The sea brings people together and opens up horizons. It can be best seen in Gdynia.

So see you in Gdynia! 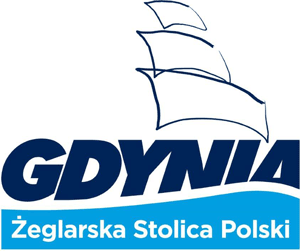